Upon hearing the news on April 12 of former Major League catcher Hal Smith’s death, baseball fans of the late 1950s and early 1960s probably replied; “Which Hal Smith? ” There were two Hal Smiths playing in the Major Leagues doing that time. Both were catchers. One became an All Star while the other had a key role in one of the most exciting World Series games in baseball history. 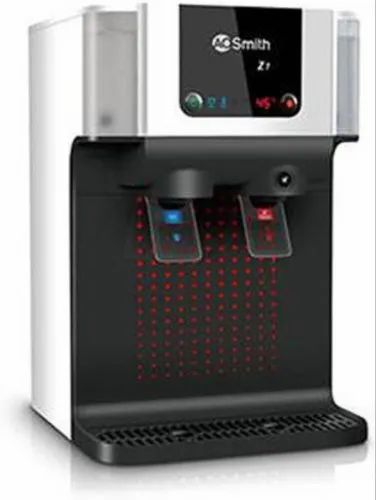 Born on June 1, 1931 in Barling, Arkansas; Hal Raymond Smith played his entire Major League career except for four games with the St ao smith z1. Louis Cardinals. Smith came to the Cardinal’s attention while playing with a Fort Smith, Arkansas American Legion team in 1948. He made his Cardinal debut in 1956 and remained their number one catcher through 1961. Along with Hall of Famer Stan Musial, Ken Boyer, Lindy McDaniel, and Larry Jackson; Smith became a part of the Cardinal nucleus that contended for the National League pennant in 1957 and 1960.

Due to a heart ailment discovered after the 1961 season, he had to retire after playing only six years. However, while a coach with Pittsburgh in 1965, Smith had to be activated because of injuries to the Pirate catchers and played in four games. His later years were spent scouting for the Cardinals and he is the Hal Smith that died this past April 12 in Fort Smith.

Born on December 7, 1930 in West Frankfort, Illinois; Hal Wayne Smith’s professional baseball career began when he signed with the New Yankees in 1949. A catcher who also could play third base and first base, he never wore the famed Yankee pinstripes as New york traded him to the Baltimore Orioles after the 1954 season. He made his Orioles debut in 1955 and though he hit. 271 in 135 games, the team traded him to the Kansas City Athletics the next year. After four years in Kansas City where he batted on average. 284 per year including hitting 13 home runs in 1957, the A’s traded him to the Pittsburgh Pirates in 1959.

Sharing the catching duties with Smokey Burgess, Smith hit. 285 with 11 home runs to help the Pirates win the National League pennant in 1960. In the seventh and deciding game of the 1960 World Series against the New york Yankees, the Pirates trailed 7 – 6 in the bottom of the 8th inning. Smith then pinch hit a three run home run to give the Pirates the lead. The Yankees tied the score next inning, but Bill Mazeroski hit the Series ending home run in the bottom of the ninth for Pittsburgh. The game is considered one of the most exciting in World Series history.
After the 1961 season, the Houston Colt 45s chose Smith in the expansion draft and he played with them for two seasons. He retired after being with the Cincinnati Reds in 1964.

The better catcher, Hal Raymond Smith participated in two All Star Games. The better hitter, Hal Wayne Smith had a higher career batting average,. 267 vs. 258 and hit more home runs, 58 vs 23. Although with the Cardinals Hal Raymond Smith contended for the National League pennant two seasons, Hal Wayne Smith’s Pirates were the 1960 World Series champions. We have all read about the untimely death of 39 year old Anna Nicole Smith. Ms. Smith, a former Playboy Playmate of the Year, had a tumultuous life to say the least. She was born and raised in a small town in Texas. She became a stripper in that small town. She met and married a geriatric billionaire who subsequently died leaving a billion dollar plus estate.

Subsequently a lengthy legal battle ensued between Anna Nicole Smith, and the estate of her deceased geriatric husband which continues to this day. What is novel about this case is that it has gone on for approximately 9 years, and has gone up all the way to the united states Supreme Court.

Many of you probably watched or heard about the Anna Nicole Show on cable tv. Her antics on that show were sometimes bizarre to say the least. She was always seen on the Tv show with a man which i will not name here, who represented himself as Anna Nicole Smith’s Attorney. I do not know what State this attorney is licensed to practice law in, but I did check the California State Bar register, and there are a few attorney’s listed with his last name.

I watched the show and thought that it was real bizarre that an Attorney at law would constantly be hanging out and traveling with only one client. However, I figured that if she was paying him enough so be it. On a personal level that type of attorney/client relationship is not my cup of tea. I am a trial lawyer.